There are few things in modern life that carry the same hysteria and notoriety as the morning commute. Sending shivers down the spine of many a city worker on Sunday night, the reality of the daily journey into the city can be a nightmare; frantic, packed and tiring - a distressing symbol of modern working life. 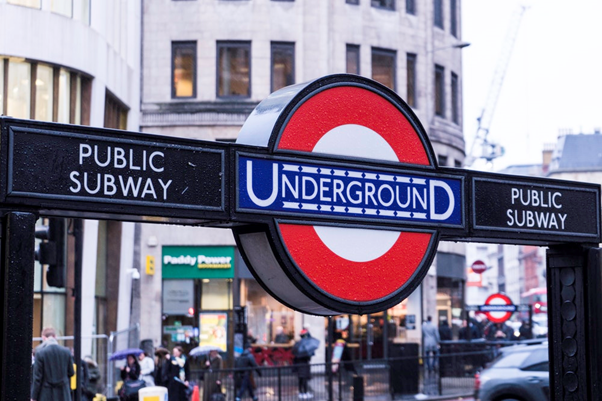 The daily commute is a necessary evil. There is now evidence to prove what we have known all along – commuting is stressful. Ranking the tube stations across the London Underground network using commuter input and other data, Kings Cross St Pancras holds the unenviable title of ‘most stressful tube station 2017’. The London Underground is not the only source of commuting strain either – half of regular train commuters say it is a significant source of tension in their working day.

What is it that causes commuting stress?

Londoners estimate they spend 20% of their income on commuting each month, not an insubstantial amount by any stretch of the imagination. The annual cost of the zone 1 - 2 Oyster card comes in at a hefty cost of £1,406, a figure that places the monthly cost of commuting in London as the most expensive in the world. The Mayor of London, Sadiq Khan, announced a two year freeze on TfL fares starting from January 2019 - a move that will go some way to alleviate the financial burden of commuting across the capital.

Aside from worrying about how you will afford your annual ticket next year, delays are another major headache for commuters. Used in ranking London’s tube stations, it’s no surprise that the more delays commuters faced on their morning commute, the more stressful they rated it. Kings Cross St Pancras averaged 1,853 minutes of delays, compared to only 17 minutes of delays at Barkingside.

Most commutes are incident free. But there are occasions when commuter behaviour is unpleasant. From rarely making eye contact to not speaking, there are incidents on the commute that can leave people feeling fearful or vulnerable.

Heat, cold, noise… taking the tube at peak times is an assault on the senses. It is not uncommon for commuters to feel nervous about riding the tube. Combined with being underground and unfamiliar with exit routes whilst improvement works are being carried out in underground stations, the resulting anxiety makes for an unpleasant start to the working day.

To think that you have to do this every morning and every evening, five or six days a week… it can prove such a strain, your mental and physical health can begin to suffer. 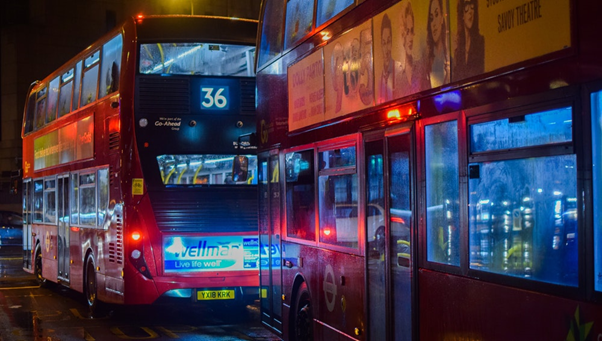 You wait for one and they all turn up at once... @jacobshutler Unsplash

Commuting with a scooter is the answer

Finding another way to get to and from work is one solution. There are several options – driving to work is one, although London’s roads are increasingly congested. Plus, you’ll be adding to pollution as well as facing the congestion charge to drive in the capital.

You could hail a cab, but this is not the cheapest of options...

The bus is always available, but brings similar issues as commuting on the Underground...

You could cycle on congested roads, but there are no showering facilities at work… Who wants to start the day hot and sweaty?

Fast, cheap, convenient and stress free.. The scooter is the answer!

It’s a phenomenon that has proved unsolvable. Until now.

The commute is not just the tube ride but the walk to the office. It’s walking the ‘final stretch’ to the office, scrambling through busy streets or even a bus ride. The electric scooter for adults is a personal electric light vehicle that has the potential to transform the stressful  morning commute into a pleasant journey.

With a range of up to 25 km or 15 miles on a single charge, you could alight your tube train several stops before you reach your destination, taking a different route into work by scooting along the pavement. If you live within a 15-mile distance of the office, you could leave the London Underground behind completely.

Financially speaking, once you’ve bought your electric scooter, there is no further outlay other than the few pence it costs to charge it up. And with options to spread the payments, you won’t have to find a chunk of money to outlay either.

Commuting with a scooter means no frustrations about delays and certainly no sensory overload either. An understanding of pavement etiquette is all you need and after a bit of practice, you can easily navigate the ‘last mile’ or possibly ditch your usual commuting method.

The scooter for commuting is here

San Francisco welcomes electric scooters for commuting back to its streets in early 2019. An earlier programme ran into several issues, one being availability of scooters at key points and the inevitable dumping of scooters. The better option is to own the experience and invest in your own scooter for commuting.